The 21st Tai Chi Alchemy was held at Mago Garden in Sedona, Arizona September 18-20 and this one was epic, even by TCA standards. The theme this year was, “It all begins with Meeting,” and that set the tone for the most transformative TCA in memory. 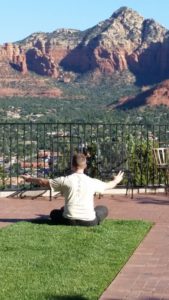 I went into last year’s gathering with some serious questions about where it was all going. Sure it was fun getting together with these amazing people once a year for twenty years to exchange love, hugs, and explorations in martial arts, energy medicine, energy cultivation, and consciousness research, but I wondered if it had run its course. Or was there more we could accomplish? So we opened the discussion to see if people really wanted to take TCA deeper. The answer was a resounding “Yes!” As a demonstration of this new attitude, more people registered for TCA 21 before the New Year than we usually see before August.

What a relief! There was a core group that was committed, come hell or high water and that meant the world to me.

This year’s Opening Circle began the weekend on such a high note I wondered where we could go from there. The answer was emphatic: What else is possible?

One first-timer came up to me after the Opening Circle and said, “I had no idea what to expect from this. I’m not the same person that walked in here, just from hearing these people. I’m ready for anything.” 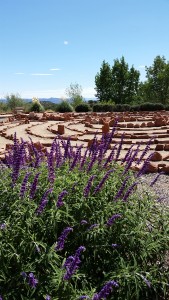 There are some people who wouldn’t miss TCA for any reason. And when you have a group like that, sometimes new people feel shy about fitting in. Well, that’s not the case with this bunch. Everyone is seen for who they are and are immediately welcomed with no expectations. There is a warmth and authenticity to this group that I have never seen elsewhere. The fact that you have chosen to participate in an adventure of this sort makes you an equal partner in its co-creation.

Ethan said something that really brought this home: “I had come to TCA for several years before anyone asked what I do for a living.” All that matters is who you are NOW…as you meet others with the fullness of your being. How much of your story that you choose to share with others is your business.

It’s all about the Meeting.

There isn’t a lot of structure at TCA. Attempts at a well-defined agenda have been thwarted in the past. We got the message a long time ago when a super-organized event was washed out by a monsoon out of nowhere. Since then we play push hands with whatever comes up. Meals are at fixed times, so we schedule around them. TCA resembles jazz improvisation more than a concerto.

One of the big changes (evolutions) over the years is the shift in contributions from women. In the early years, the teachers were males. That had to change. It’s now about an even split. I didn’t notice til later, but the Saturday healing session was led by all women: Scheila, Valarie, Maria, and Wendy. It wasn’t intentional, but they had the best ideas for that session. I’ll go into their stuff more in Part 2.

Another big change is how much time people are setting aside for TCA. It used to be that 70% would show up on Friday morning for an event that started that day. Now about 70% are already there and already getting into the TCA spirit. That’s probably one reason that the event started at a full gallop, and then took off from there. People come expecting magic. They create a space in their hearts and minds and open to new possibilities.

I guess the most powerful transformation that I perceived was one that could not be pinned down or quantified, one so insubstantial yet so sweeping that it’s hard to put into words. I would describe it as AUTHENTICITY.

The Meeting was so deep and so prevalent that anything inauthentic was discarded as a distraction from the soul-to-soul connections that were happening everywhere. 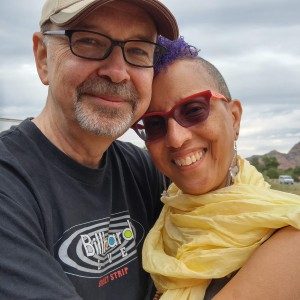 It is no secret that Martin Buber’s I and Thou is a huge inspiration in my work. I even read a passage to set up Wendy’s amazing exploration into pure Meeting. Here is a quote that describes for me what is going on in this group (a “spatio-temporal community,” a group that exists in time and space):

The pure relation can built into a spatio-temporal continuity only by becoming embodied in the whole stuff of life. It cannot be preserved, but only put to the proof in action; it can only be done, poured into life…although human life cannot and ought not to overcome the It-relation, it then becomes so permeated by relation that this gains a radiant and penetrating constancy in it. The moments of supreme encounter are no mere flashes of lightning in the dark but like a rising moon on a clear starry night. And thus the genuine guarantee of spatial constancy consists in this that men’s relation to their true You, being radii that lead from all I-points to the center, create a circle. Not the periphery, not the community come first, but the radii, the common relation to the center. That alone assures the genuine existence of a community.

This is what we see emerging in the TCA community. People honor the Meeting, and are transformed by it.

THIS IS THE CHANGE I WANT TO SEE IN THE WORLD.