Chapter 9 “Coherent Energy” from Taijiquan: Through the Western Gate (Part 2)

What is Energetic Coherence? 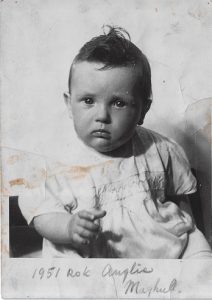 What is meant by coherence? Generally, it means things are functioning together in a clear and efficient way. It can mean an ordered patterning within one system, or synchronization between multiple systems. In physics it means energy has waves with a high degree of similarity of phase, direction and amplitude.

Coherent energy is effective because a system is pulsing as a unit. It is “in phase,” like a rowing team that practices very hard to get the timing of their strokes coordinated. Rowers pulse together and the boat moves forward swiftly. If their strokes are out of phase, the shell slows dramatically. There is internal conflict.

Stereo speakers that are out of phase will sound distorted and muddy. Soldiers are drilled incessantly to create group coherence. A well-tuned car moves powerfully and efficiently. One sticky valve can generate odd vibrations that affect the whole car. We can easily discern the dancer exhibiting coherence and the one who is struggling. Non-coherent energy fights itself and reduces functionality.

A classic example of non-coherent energy is visible light. The light from an ordinary light bulb is composed of random waves of various frequencies. It is a chaos of colors. Many of the lightwaves dissolve into each other as they collide. This is destructive interference. Energy is dissipated. Constructive interference occurs when waves move together so as to amplify their power.

We can see these different types of wave interference demonstrated at the ocean shore. Some waves interfere constructively, amplifying their power to reach farther up the beach. Destructive interference happens when waves that are going out crash into waves coming in and they nullify each other. These latter waves are said to be out of phase. That means their timing is off. Instead of moving in a predictable pattern, with each waiting its turn, some waves are skipping a beat and coming in before the previous wave goes out. Constructive interference requires that waves must be in phase. A surfer watches the waves to select the most coherent one for a ride.

Light that is organized so that waves are the same length, frequency, phase, and direction is called a LASER (Light Amplification by Simulated Emission of Radiation). Lasers are monochromatic. They have tremendous power and can be directed to perform extremely precise work, such as surgery, or to make exact measurements. A laser can be powerful enough to cut through metal. It can record data in the microscopic pits of a DVD.

In a laser astronomical numbers of photons have the same frequency, unlike the chaotic swarm of frequencies exhibited by a candle flame. These frequencies are also in phase. The laser photons all speak with one voice rather than a cacophony of voices. The result is a tight beam of phenomenal power that can be sent to the moon with little dispersal.

Much of our personal qi can be likened to the randomness of ordinary light. Our bodies are composed of trillions of cells, each with its own survival agenda and its own energy patterns. These cells, groups of cells, and groups of groups of cells organize around inherited and learned behaviors. Some of these patterns may be in conflict.

Inefficient and conflicting energy patterns stress the body in ways that can lead to injury and illness. This qi is non-coherent. Waves crash randomly and cancel each other, resulting in energy loss. This can be felt in the body as pain and discomfort. For example, an anxious man is stuck in traffic on a hot day. He unconsciously tries to protect himself from his circumstances by tightening neck and shoulder muscles. He tenses both agonist and antagonist muscles until they lock up. He is often unaware of it until the area begins to hurt or he gets a headache. The tense muscles constrict the flow of blood, lymph and qi, all the while demanding more energy to maintain the operation. The energy-starved muscles eventually cry out their protest in pain.

The pain is not his problem. It merely signals that there is a significant disturbance in the smooth functioning of his body/mind. His emotional state (insubstantial) is wreaking havoc on his physical body (substantial). His body/mind seeks to return to a state of harmony. It remembers a better way. If he can hold and move his body more efficiently, and calm his emotions, this will produce feelings of ease and pleasure. His qi will flow more freely. Highly coherent systems don’t expend as much energy in internal conflict. This usually translates to better health, less pain and better performance.