Some serious alchemy is happening in Staten Island every Wednesday evening and it’s the best-kept secret around. 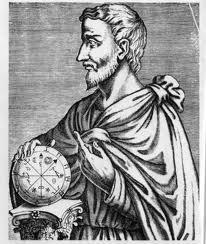 This week Dennis took some inspiration from the last blogpost I wrote, Meeting Bones at TCA, and came up with an exercise for meeting the bones of your own body. This connects you up in a much deeper way.

To this Maria added an exercise she learned in her Polarity training where you trace the skeleton of your partner from a distance, like you are drawing a stick figure. (It was originally taught by John Upleger, the craniosacral guru.) It had the effect of opening the internal space of the body while also unifying it.

In the qigong part of the class we went even deeper with the element that governs autumn, metal. Metal energy is the simplest of the five elements. It is like dropping a shotput. DOWN! It is dense, relaxed, abrupt, and makes your bones feel like the “steel bar wrapped in cotton.” Metal governs lungs. You leave this qigong feeling like the Incredible Hulk.

Then we got into the “subconscious resistance to holding space.” The biggest barrier to actually implementing meeting is our own subconscious. We do stuff despite our conscious intention to do otherwise. Neuroscientists tell us that by age 35 our behavior patterns are pretty set. At least 95% is facilitated subconsciously.

What does that mean? Just that we can’t be bothered to think about most of what we do during the course of our day. That frees our minds up to do other stuff. Have you ever arrived at your destination while involved in an interesting conversation with little or no memory of how you got there? You performed a myriad of complex actions to negotiate your journey safely, yet you only remember the barest outline of your specific actions. Most we’re performed below the awareness of the conscious mind.

It is surprising to many people how much subconscious resistance they have to occupying the space they are in, particularly when confronted by another person, and even when that person is a friend. A response is triggered below the level of conscious awareness that is observable in the body’s reactions. Many people feel so uncomfortable that they find lots of reasons to not do push hands, even when it could be the best thing for them.

In this video, Maria confronts a familiar nemesis in Jonathan. One thing that is apparent is that her subconscious (body) mind is dealing with more than meets the eye. She must deal with her stored memory of Jonathan and/or people similar in some way. To establish a comfortable space, they begin at a considerable distance apart. By gradually allowing Jonathan to approach, she brings her unconscious resistance into the light and reclaims her power.