Selection From My New Book

Some of you already know that I am in the home stretch writing my new book, Finding You in a World of It.I thought I’d share a pre-edit snippet with you.

I’d love to hear you thoughts

Beyond the Western Gate 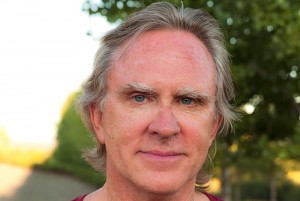 Out beyond ideas of wrongdoing and rightdoing
there is a field.
I’ll meet you there.
When the soul lies down in that grass
the world is too full to talk about.
Ideas, language…even the phrase ‘each other’
…doesn’t make any sense.                        Rumi

Objectification is the key to all Knowledge. The ability to objectify events and organize them into meaningful thoughts and systems of thoughts is one of our most precious skills as humans. We separate out from the moment and tell a story about it. We cannot fully participate and objectify at that same time. We have to let the parade go by in order to write the story.

In Taijiquan: Through the Western Gate, I wrote about how this objectification takes us only so far. The Western Gate in the title is a metaphor for the limits of a purely objective approach to life. I portrayed it as a gate in that it blocks as well as grants entry to realms beyond it. It is constructed of the science and philosophy of the past few centuries of Western thought. The seeds of the Western Gate were planted by Aristotle in ancient Greece and came to maturity in the Age of Enlightenment, an era marked by the belief that the light of rational thought would transform the world.

A huge debt is owed the courageous pioneers who demanded that knowledge be based on rational investigation and empirical proof. In moving from the dogma and delusion of the medieval Church, western science and philosophy made an important leap forward in human evolution. This rationality became the foundation for the huge strides we have made in transforming our planet into a global (if frequently contentious) community.

The Western Gate is a profound milestone in human development. It provides us with an ever-expanding array of tools for understanding and interacting with our world. Yet this metaphorical gate remains locked to those who can only think objectively. Its perspective structurally limits them to a view of the surfaces of things, never their depths.

A whole new world of riches lies just beyond, but can’t even be seen through the locked gate. To the guardians of the Gate it is assumed that rationality is the ne plus ultra of human consciousness, and that a human computer that can think faster and store more information is the ideal.

Scientism is the elevation of scientific materialism (the assumption that all phenomena can be explained scientifically as a product of matter and energy) to the status of religious dogma. It derives its validity from its brute power to explain phenomena in its own terms in a predictable way. Credence is given only to that which can be described and/ or quantified.

The bottom line for the World of It is, “Is it useful?” Success is measured in pragmatism, and this is precisely what exalts the Western Gate. The It-World has been around since humans could think, but never has its hegemony been so extensive. That is because science-based industrial culture is so good at what it does. Not only does it get spectacular results, but the Western Gate is also very good at explaining why it must be the dominant paradigm in the world today. It imposes order in the rich chaos of Nature… and has the statistics to prove it. The story told at the Western Gate casts itself in a most favorable light, primarily because it owns the primary language being spoken, as well as most organs of communication.

The day science begins to study non-physical phenomena, it will make more progress in one decade than in all the previous centuries of its existence.            Nikola Tesla

The Western Gate gives the It-World its gravitas. It drives boldly forward by navigating through its rearview mirrors and smugly explains the phenomena it has already passed. It makes predictions based on patterns it observes. It protects and comforts us against the piercing Light and the penetrating Darkness by translating the world order into an ordered world. But at such a cost!

To pass through the Western Gate is to embrace the Mystery.

It is to leave the past for the eternal present, the predictability of a crystallized known and knowable for an unimaginable vortex of potentiality. It is to encounter the ‘world order’—the Dao—knowing that it can be engaged but never used, encountered but never known, embraced but never grasped.

We can pass through the Gate, but must return—again and again. We need the It-World to survive, but those who know only its protection and predictability do not really Live. Anyone can pass through at any time, but those entranced by the It-World do not remember having done so. A moment spent in the land beyond is labeled as yet another experience and stuffed into the closet with all the others.

To some, that would be another way of saying God, but to others God means something else. So lets say it is the Unknowable Whole of which we are but an infinitesimal part. Any attempt to describe it exactly is futile, yet it is our nature to see what order we can, even if it is only organize shadows. We share our stories and seek agreement with others about what is ‘real.’