Except for the point, the still point, 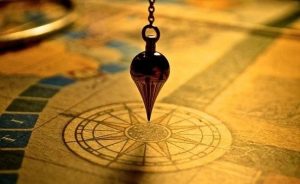 There would be no dance, and there is only the dance.

I can only say, there we have been: but I cannot say where.

And I cannot say, how long, for that is to place it in time.

From an anonymous  “ancient document,” translated by Yang, Jwing-Ming

Movement in stillness. Stillness in movement.

Yang in yin. Yin in yang.

Taijiquan, the dance of polarities.

When learning a taijiquan form, particularly at the start, most of our attention goes to “doing it correctly.” We focus on learning postures and movements faithfully. One movement follows another, pearls strung together by an unbroken string. And that is certainly how it should appear, smooth and graceful, like a swan gliding across a pond.

But just as music is not only about the notes played, but also about the spaces between the notes, taijiquan is not just about the movements. There is stillness in motion and motion in stillness. Stillness is the yin to motion’s yang.

What makes taijiquan so effective is that we are bringing consciousness and mindful intention to feeling and movement. Most of our behavior, maybe 90%, is happening at a pre-conscious level. We learn to do things, like walking or driving a car, until they are so familiar that we don’t bring much attention to them. Reclaiming even a small part of that 90% is a game-changer. And being mindful of all the movements in a taijiquan form is a great start toward moving mindfully in the rest of our life.

But in each movement there is some stillness. That is where the qi is mobilized: prepared for action. The movements may appear continuous, but closer examination reveals that there is yin and yang within each movement, and yin and yang within each yin and yang.  And every transition from yang to yin or yin to yang includes a moment of stillness. This transition is barely noticeable…that is, until we bring mindfulness to the process. Taiji is practiced very slowly to make this easier.

It is in that moment of stillness that energy potentiality is at its peak.

Itzhak Bentov, in his classic book “Stalking the Wild Pendulum,” explains meditation in terms of the action of a pendulum. I think it is even more applicable to taiji. A pendulum, like one found in a grandfather clock, follows a fixed path, tracing the same arc over and over. It swings back and forth so dependably you can tell time with it. The motion only appears continuous.

The pendulum slows down as it approaches the end of its swing, until there is a moment of stillness. Velocity is zero. It is in that point that energy potential is at its maximum, but there is zero movement.

How long does it stay there? Bentov says, “The time required for changing the velocity of the pendulum is zero.”

Let that sink in:

At the still point, the pendulum is moving at zero velocity for zero time, at which point potential energy is at its peak.

[ Bentov goes on to explain that as the distance covered to get to the still point goes below Planck’s distance (ten to the minus 33 centimeters), it is then describable in quantum terms. Since the momentum at the still point is identifiable as zero, then its location is indeterminable: “The pendulum can be just about any place, even at the end of the universe…The pendulum has to disappear in all directions at infinite velocity.” But the duration of this event is zero; it occurs outside of time. This quantum interpretation will not be on the quiz, but it does remind us that funny stuff might happen at the still point.]

What happens when we shift from watching a pendulum to being part of the pendulum? For example, think of that pendulum we rode as children: the swing. Back and forth. Higher and higher. When we hit that maximum point, there was a moment of apparent weightlessness when everything stood still. Even though the turnaround occurs in zero time, we can feel its effects. I remember being afraid, yet curious, of the feelings I had in that moment. It felt dangerous, but also liberating.

I have a therapeutic device designed to rock your legs back and forth. It was marketed as “The Ch’i Machine” 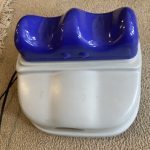 You lie on your back and put your feet in a cradle which moves back and forth in a simple motion. You relax and your whole body sways as it loosens tight muscles, back, and joints. You participate in this pendulum action. When you bring your attention to the still point at the turnaround, something strange happens: sometimes that zero duration seems to expand. There is a feeling of emptiness, almost like you disappear for moment. It’s a reminder of the still point.

Since it takes time for the conscious mind to process a thought, it can never get to that “zero time” duration that occurs at the still point. However, in a superconscious state we can go into resonance with it, and it may register at some level of our awareness. There is a “knowing without thinking.” The conscious mind is capable of registering the effects of this resonance, even if it can’t process the moment directly.

In taijiquan, the pendulum action is expanded from two dimensions to three (or more). We are not just observers, we are participants in this multi-dimensional pendulum action. Each movement can be seen in terms of yin and yang, and each transition from yin to yang to yin to yang is a still point.

What is Taiji? It is generated from Wuji, and is a pivotal function of movement and stillness. It is the mother of Yin and Yang. When it moves it divides. At rest it reunites.

Each time we tune into the duration-less still point when yin turns to yang or yang to yin, we tap into the infinite potentiality of the Wuji. And that sounds a lot like Eliot’s “still point of the turning world”:  “I can only say, there we have been: but I cannot say where. And I cannot say, how long, for that is to place it in time.”

In taijiquan practice, that means slowing everything down enough to identify the yin and yang of each movement, then recognizing the moment when yin turns to yang, and vice versa. It is in those transition points that we find duration-less stillness. Even though we can’t stay there, each pass through, when done mindfully, yields intimations of eternity. In form practice, it is very effective to pause and hold at the still points to feel into the energy before moving. Cheng Man-ch’ing writes: “Mobilize first. Then move.” To mobilize is prepare for action, and that must be consciously, intentionally done with each new movement.

For example, let’s say that I am transitioning from Ward Off with Right Arm posture to Roll Back.

In the Ward Off, yang has reached its fullest expression at completion. Peng jin. Now what? “Yin is the beginning of Yang. Yang is the start of Yin.” When yang has reached its peak, yin begins. In order to do the next move, Roll Back, I must first dissolve the Ward Off. I need to empty out to create space for the lu jin that animates my Roll Back. If I just stack one movement on top of another, then my “movement will weaken daily.” The different movements must be discriminated and interrupted by stillness, like phrases in a musical performance.

It is at that moment of transition that I notice the still point and FEEL into it. Since I am practicing slowly, I can take a half-second or so to “mobilize.” This gives me the familiarity to call upon the stillness much more rapidly when I need to apply it in push hands or sparring. Energy potential is at its maximum. The insubstantiality of the emptiness plugs into the Wuji and provides the qi needed for the next movement. 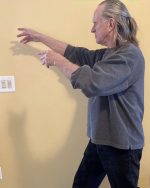 In this simplified demonstration, the yin phase of Roll Back begins by releasing my left kua as I spiral down to the right.

When yin reaches its peak, there is another still point to transition to the yang phase, where the waist turns to the left and lu jin is issued. 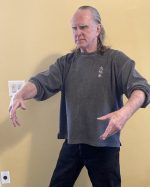 Each posture in any taijiquan form has several sub-movements, which can be further subdivided into yin and yang. And each of those has its own transition, with its opportunity to tap into the still point. It is absolutely necessary for any advanced practice to clearly distinguish yin and yang. In the simplest terms, yang advances and expands; yin retreats and contracts. This happens multiple times per posture. Each transition includes a still point.

The traditional teaching mentioned at the beginning of this post says it concisely:

This video shows how this can be applied to any movement in a taiji form: