is my name for the foundational actions that I have 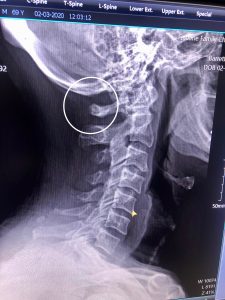 found to be most important to establish the body-mind-spirit integration necessary for the internal martial arts and qigong. These are the shortcuts I have developed over the past forty years to immediately make any gongfu more rooted, integrated, powerful, and energetically robust. They make everything work better.

Each of the Three Pillars is transformational on its own. Together, they set us squarely on the path to discover the legendary abilities and states of being promised by the internal arts. The Three Pillars continue to evolve, as I refine the clearest and most effective way to express these fundamentals. In this post, I would like to share a change in the way I think about the third pillar.

Until very recently, this is how I described the Three Pillars:

1. Energetic Coherence. (Zheng-ti jin) Whole-body energetic connection. A state of wholeness and integration that allows access to energy, information, and ability that is not present in a less coherent state. (See “The Roots of Pointing.“)

That description of the Three Pillars has served nicely for years. However, recent discoveries have led me to revise the third pillar.

Song kua was the perfect place to start. The unconscious muscular tension used to push away from the earth locks the hips and interrupts the flow of qi in the body. It “kinks the hose” in a big way. And the constriction that results causes restrictions in other parts of the body. Song kua changes our internal alignment and allows the yin qi of the earth to rise through the body and the yang qi of the heavens to descend through and out the feet. The Big Qi moves through the body-mind more freely, dramatically increasing root and soft power.

Unkinking the hose there produced immediate, testable effects. And that was good enough for a number of years.

But there were other kinks that demanded attention.

The Jade Pillow Gate is the point at the base of the skull at the back of the neck. (See three-part series “Opening the Jade Pillow Gate.”) In other traditions, this point is called “The Mouth of God,” “The Ninth Chakra,” and “The Seat of the Soul.” Cheng Man-Ch’ing says opening it releases the “spirit of vitality,” the jingshen. It is common to habitually kink the hose at this point, which greatly reduces your vitality.

The third major kink is the shoulders. How many times to you have to remind yourself to relax the shoulders? They creep up all on their own anytime we are at all stressed. When we try to issue power from the shoulders, that power is much less effective at best. At worst, it is a source of injury. Something quite miraculous happens when we activate Elbow Jin, however. It has an immediate transformative effect. Calmness, expansiveness, presence, integration, and amplified power click in right away. You reach with your elbows and feel them. This opens the shoulder joint and the qi gushes forth. (See three-part series, “Unlocking the Elbow Gate.“)

Jade Pillow Gate and Elbow Jin are both so important you could think of them as “pillars” individually. But, “Five Pillars”? It didn’t sound right. So, what do they have in common? Each unkinks in its own way. The Third Pillar? Unkink the Hose!

The usefulness of the Three Pillars concept is that they are the foundation for any gongfu. You familiarize yourself with these ideas and actions, and the FEELING they produce, so that you do them as your first order of business, BOOM! It takes a while to fully integrate the Three Pillars, but if you make  that THE priority in your practice, you can learn to activate them in less than a second. When you do, everything you do becomes much more effective.

It’s an ongoing process. Each time you do it, it’s brand new. But if you do it often, and deliberately, and FEEL it, it get’s easier. And faster. And more effective.