Time: Inside is Outside 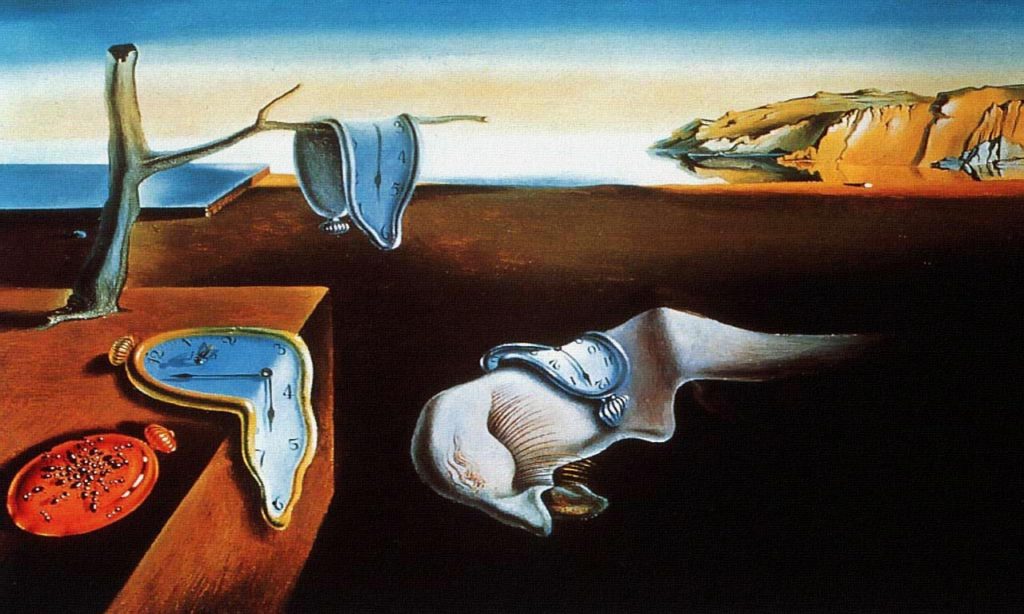 (The now that passes produces time, the now that remains produces eternity.)
― Boethius, The Consolation of Philosophy


It is easy to get caught up in the idea that time is a commodity (“Time is money”) or this crushing monolithic entity that inexorably devours our lives (“For our allotted time is the passing of a shadow, and there is no return from our death, because it is sealed up and no one turns back.” Book of Wisdom) Others blithely dismiss it with, “Time is an illusion,” as they check their smartphones to be sure that the kids aren’t waiting too long at the mall.

One can spend hours reading pithy quotes about time and our relationship to it. It can get confusing. And rightly so…for time has been around a good long while and doesn’t show signs of going away.

“Time” is one of those topics that my buddy Jonathan Bricklin and I like to beat to death in those Staten Island coffee shops after beating each other up on the tennis courts. (I won’t try to explain his position here, but a clue can be found in the title of his new book, “The Illusion of Will, Self, and Time: William James’ Reluctant Guide to Enlightenment”.) Many people would much rather step on a rake again and again than to spend a perfectly good lunchtime discussing the nature of time, but it seems to keep us amused whenever the topic comes up.

Books have been written on the subject, and whatever I say in this brief posting cannot be comprehensive. I would like to share a few thoughts that might bring some clarity to a very murky subject. Hopefully, the framework I propose here will free up the conversation a little.

Whatever you might say the object “is”, well, it is not.   Alfred Korzybski

Let’s start here. The biggest error we make in describing anything happens when we confuse the description of the thing with the thing itself. And this is magnified many times when we speak of something as abstract as “time.” In Korzybski’s terms, words are maps and the “map is not the territory it represents.” So when we argue about abstractions, we are arguing about which map is more useful in navigating the terrain of thought.

The big distinction, then, is separating “time” from “stories about time.” (Of course, this is cheerfully done with the full knowledge that doing so is another story/map. We humans like to do that kind of thing.)

What is a “story about time”? “It is 2:56 pm.” “He’s 83 years old.” “That plane ride took forever.” Stuff like that. We objectify time to make sense of our world. Einstein quipped, “The only reason for time is so that everything doesn’t happen at once.”

Time and space are the woof and warp of our reality. There is no game without them. They are the trampoline we bounce on, the ocean we swim in. Our attempts to make sense of something so fundamental require thinking about them as objects. We have gradually come to an almost global agreement about what a second, minute, hour, and day mean. The agreement starts to break down when it comes to “month” and “year”. Lunar calendars compute differently from the commonly accepted Gregorian calendar. Which one is “right”? Both, to the degree they are useful. Neither accurately describes “time,” but they do help us talk about it and plan outings and such.

That’s why when we meet another in I-You, non-objective awareness, time seems distorted. We are  no longer approaching it as something “other.” We are inside time…until we think about it.

Perhaps the simplest description of time is that it is the consideration that something persists. That chair is still there? We have persistence…thus time. This is still a map, but one drawn on a cocktail napkin, without a lot of detail.

Nunc fluens, “the now that passes,” produces a sense of time. When we experience, there is an idea of moments succeeding each other, like frames in a movie. There is no experience without awareness of something happening, at least briefly. There is a sense of persistence and change playing off each other.

Nunc stans, “the now that remains,” produces eternity, or non-objective time. We rarely notice our moments in eternity since we are attuned to prioritize the experiential. But we can get a taste each time we meet someone with our whole being, authentically and humanly. We “stand before the countenance,” as Buber said. When that happens, our sense of time dissolves into the moment that remains. The moment captures all our awareness.

It’s a nice place to visit, but not our job as humans to remain there. We are here to experience life in its fullest by relating to each other with love and compassion, with side trips to eternity when we need a break.

To paraphrase the Talking Heads song, “Heaven,”
“Eternity is a place where nothing ever happens.”