Next weekend I will be giving a presentation at the Society for Consciousness Studies Conference at Yale Divinity School.  This will be the third time I have been asked to present at the Conference, and I always look forward to sharing my empirical martial arts perspective with the intellectual powerhouses that attend. This year is particularly exciting, as the schedule includes a personal favorite Ken Wilber (via satellite), as well as Erwin Laszlo (also via satellite), Deepak Chopra, Allan Combs, and my good friend Jonathan Bricklin, as well as dozens more.  It is an honor to be included in this lineup. 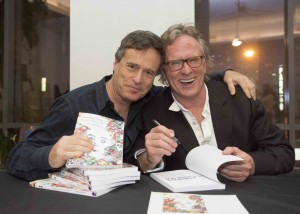 Here’s the abstract for my talk as it appears in the catalogue: (The language is a little dense. I’ll say it in English afterward.)

Chinese internal martial arts develop body-mind-spirit integration to access supernormal abilities and superconscious states of awareness. Transformation is achieved through gongfu (diligent practice over time) and understanding the inner energy alchemy that feeds the transformation process. Much of this information is veiled by arcane symbology and poetic descriptions, making it inaccessible to the uninitiated.

In this presentation, I will discuss and demonstrate nervous system correlates (Combs-Wilber Matrix: Upper Right) to the experiential aspect of the practice (Upper Left).  This will include mindfulness and distinction of Afferent and Efferent Nervous System activity, Hemispheric Synchronization of the brain, and whole-brain coherence through deliberate consciousness of pre-conscious somatic activity.
The presentation will include a short guided meditation using techniques developed from these ideas.

Descartes said one should spend thirty days in the laboratory for every day at the desk. The Chinese internal martial arts are my laboratory for consciousness research. They provide both instantaneous feedback and long-term observations about the efficacy of techniques and approaches. Much like yoga and meditation, you can see the effects of your practice.

The Chinese Internal Martial Arts (neijia) has been developing mind-body-spirit integration for centuries to develop supernormal abilities and superconscious states of awareness. The Big Three of Neijia are taijiquan, baguazhang, and xingyiquan. To my mind, what makes a martial art “internal” is that the focus of the practitioner is not primarily on the movement of the body (proprioception), but as much or more on how the body produces that movement (interoception).

The “supernormal abilities” of the internal arts are the stuff of Jedi masters and Kung Fu movies, although I must confess to NOT having witnessed anyone flying through the treetops or levitating objects from a distance. But I have found myself abruptly thrown by the lightest touch, and have seen a tiny woman effortlessly withstand the combined force of two 250-pound strong men. More important are the subtle demonstrations of “soft power” that neutralize the tense energy of a budding confrontation, or the remote sensing of energy and intention, or the ability to heal from a distance. It   is always impressive to see a 110-year old baguazhang master calmly and gracefully executing a physically challenging form, but equally so when a 75-year old woman   with Parkinsons confidently walks across the room without a cane for the first time in years.

SUPERCONSCIOUSNESS, as I use the term, is a state of awareness produced by body-mind-spirit integration and characterized by “knowing without thinking.” I will discuss this in a moment, but I would like to point out that it is different from awareness that transcends the physical. Some spiritual practices emphasize the illusory nature of the body and the material world and thus distance the practitioner from the lived life. Physicality is seen as a distraction from spirituality.

Superconsciousness, by contrast, includes and integrates the vast awareness of the body rather than merely transcending it. Transcendence is part of the process but is not the primary focus. Integration is.

Transformation is achieved through gongfu, “diligent practice over time.” The word can also mean the “ability and wisdom” that results from such practice. The Americanism “Kung Fu” derives from gongfu, and has been associated generically with Chinese external martial arts in pop culture. An essential part of any gongfu is in LIVING the truth of your practice. And that means physically practicing what you preach. Walking the walk, not just talking the talk. That way you embody your truth. Your practice re-wires your nervous system and transforms your body and mind.

Superconsciousness transcends and includes the conscious, “thinking” mind. “Consciousness,” as psychologist George Miller said, “is a word worn smooth by a million tongues.” Many of us talk past each other when we don’t have a shared idea of what exactly is meant by the word. So I would like to clarify what I mean when I use the term. It is a useful definition for the work I do.

I make a distinction between CONSCIOUSNESS and AWARENESS, similar to the one made in popular speech when one says “consciously aware, where “consciously” delineates a particular type of awareness.” We don’t say “awarely conscious,” since consciousness is ordinarily considered a subset of awareness, not the reverse. Most of our awareness is not conscious.

The primary function of consciousness, as I see it, is to render awareness into abstract thought. An idea replaces the thing being thought about. This seems to be a particularly human ability, as far as we can tell so far. The conscious mind seems to require a nervous system that has developed to the point where representational thought is possible, that is where thought can serve as a place holder for the thing being thought about.

All the vast awareness that is produced by our 70 trillion or so cells functioning as a unit that we are not noticing in the moment is PRECONSCIOUS. Just the information received by our five senses is thought to be around 14 million bits per second. Of that, our conscious mind can only process about 10-40 bits per second of that 14 million. We have only time to scan the headlines of our experience before moving on to the next moment. All the stuff that is not in those headlines would be “preconscious,” including all somatic (body) awareness (down to the cellular level) and unconscious, subconscious, and liminal mental awareness.

For example, when I first look at a page of dictionary I don’t see words, I see squiggles on a page. I am generally aware of something before I narrow my awareness to even recognize that these squiggles are meaningful as language. Since I am looking for a specific word, in this case the word “the,” I have to narrow my awareness even more to select out the definition that is useful to me in the moment. Each time I narrow my focus, I become less CONSCIOUS of not only the other words on the page, but also everything else in my environment, including the environment inside my skin (all the operations of my body and nervous system that I am not focusing on in the moment). That is all PRECONSCIOUS now: that is, not yet conscious.

An amazing thing happens when we intentionally bring some small part of preconscious awareness to present time attention: we then integrate preconscious and conscious minds and increase the level of coherence in the nervous system, accessing SUPERCONSCIOUSNESS. In superconsciousness, more awareness is accessible in the present moment, allowing for more peace and clarity of mind. Since you transcend and include the conscious mind, abstraction of experience is easily done, but without the limitations that pure rationality imposes.

Just as important, in superconsciousness there is a heightened ability to perform physical tasks, like what we see in “the Zone” or in a state of “Flow.” There is a shift that occurs instantly. Heightened coherence in the nervous system accesses an immediate increase in physical power.  This can be easily demonstrated with the help of a partner.

How do we account for this shift? This is where the internal martial arts derive their power and effectiveness. They focus not just on proprioception, or awareness of movement in space, but also on interoception, awareness of what is happening IN the body. Deliberate consciousness of preconscious somatic activity brings about a whole-brain coherence that dramatically improves ability and mental functioning.

The MOTOR NERVOUS SYSTEM (efferent) and SENSORY NERVOUS SYSTEM (afferent) are two very different systems. Motor nerves are different from sensory nerves both in structure and in function. Motor neurons carry impulses from the central nervous system to tell certain muscles to contract. Sensory neurons carry impulses registered from the environment by the senses back to the central nervous system. This distinction is often overlooked and the two are lumped under the heading of SENSORIMOTOR NERVOUS SYSTEM.

Most of the activity of the sensorimotor nervous system is preconscious, controlled by the autonomic nervous system. We don’t consciously tell our hearts to beat or our endocrines to secrete hormones. That happens at a level of awareness that goes largely unnoticed by the rational mind. When we do try to execute a motor activity by thinking about it, the conscious mind is not usually up to the task.  It does not have the bandwidth to deal with all that complexity. Like when the frog asked the centipede how he coordinated a hundred legs. When the centipede tried to analyze how he did it, he was unable to move.

William Blake provided a map when he wrote:

“If the doors of perception were cleansed, everything would appear to man as it is: Infinite.
For man has closed himself up, till he sees all things tho’ narrow chinks of his cavern.”
To cleanse “the doors of perception” we must admit an alternative to the “narrow chinks” of the rational mind and reign in its lieutenant, the motor nervous system. By reawakening the sensory as an equal partner to the motor, we may glimpse another of Blake’s insights:
“To see a World in a Grain of Sand
And a Heaven in a Wild Flower,
Hold Infinity in the palm of your hand
And Eternity in an hour.”